This article is part of the essay that I wrote for the exhibition ‘Here. Black in Rembrandt’s Time’, please order the book to read the full essay and support the Rembrandthuis Museum (available in English and Dutch).

From the late sixteenth century onwards, more and more Sephardic Jews from Spain and Portugal found their way to Amsterdam. They settled mainly in the east of the city, near Jodenbreestraat; south of that street on Vlooienburg; and north, on the city island of Marken. In previous centuries these Portuguese, as they were usually called, were actually Jews who had been forced to live as Christians on the Iberian Peninsula. In Amsterdam, which was relatively tolerant of Judaism, many returned to the faith of their ancestors. With the arrival of the Portuguese, larger numbers of people of African descent came to the city for the first time. From the fifteenth century onwards, enslaved African men and women were traded on the Iberian Peninsula. Usually they had to work as domestic servants. For instance, various Jewish families brought black servants with them to the Netherlands. In addition, there were Sephardic families with relatives of mixed descent. Already in the early seventeenth century, Ernst Brinck, the later burgomaster of Harderwijk, wrote about his visit to Amsterdam after a grand tour through the Low Countries:

Most of the Portuguese, being largely Jews, live in [Joden]breestraat, and also have a house where they gather [i.e., holding services in a house synagogue]. Almost all of their servants are slaves and Moors’.

The oldest registers of the Portuguese cemetery in Ouderkerk aan de Amstel mention ‘negras,’ ‘escravas’ (enslaved women) and ‘mulattas’ buried there. On 28 September 1629, for example, an ‘escrava’ of Abraham Aboaf was buried next to an ‘escrava’ of David Netto. Occasionally, black servants appeared before a notary to give a statement. On 3 August 1612, Domingos, a ‘black slave’ of Dr Francisco Lopes Henriques (David Farar), declared that he had been incited by a certain Lijsbet, who lived in a cellar in Jodenbreestraat, to steal Farar’s silverware and other items. On 14 March 1622, 27-year-old Marguerita Fonco ‘moca negra’ (black girl) authorised two Portuguese merchants to claim her salary from the inheritance of Felipa de Sa, for whom she had worked for six years. On 7 May 1616, the black sailor Bastiaan from Angola and Lijsbeth Jans from Angola were wed; the couple’s address was Vlooienburg, the island behind Jodenbreestraat. It is not inconceivable that the black men Rembrandt’s teacher Pieter Lastman featured in his history paintings of 1615-1625 came from this group.

The presence of black servants in the Sephardic community can also be seen in Romeijn de Hooghe’s prints of the Portuguese community from the last quarter of the seventeenth century. In the print of Huis de Pinto in Sint Antoniesbreestraat are several black figures: one standing prominently in a beautiful costume and the other somewhat hidden behind two ladies sporting late seventeenth-century fontange coiffures. Also interesting is the print of the pulpit in the new Portuguese synagogue, in which in the right foreground behind two white men in discussion – one holding a book – is a black man who quite remarkably does not wear a head covering, counter to Jewish laws.

In addition to this group of servants, there were also people of mixed descent within the Sephardic community. When the Afro-European Debora Nassy was about to leave for the Guianas with the Portuguese Nassy family, she wanted certification of her freedom. At an Amsterdam notary’s office, David Nassy declared that Debora ‘sijnde een bruijn vrouwspersoon ofte mulata’ (being a brown female or mulatto) was a free woman, and in his house ‘in vrijheijt geteelt & gebooren & als soodanigh oock opgevoet, sonder dat iemant ter werelt op haer persoon iets heeft te preteenderen’ (conceived & born in freedom & and also raised as such, without anyone in the world having any kind of claim on her person). Like many women of colour, Debora also worked as a servant, including for Hester Belmonte, the sister-in-law of Rembrandt’s rear neighbour David Belmonte. In her will, Sara Moreno, who had migrated to Amsterdam via Brazil and lived on Houtgracht, the canal south of Jodenbreestraat, left money and clothing to ‘haar swartin’ (her black woman) Luna and her daughter Esther.

Most of these black servants probably had a background in slavery, a phenomenon that had no longer existed in the Low Countries for hundreds of years. It is significant that in the course of the seventeenth century the ban on slavery was explicitly incorporated in the printed codes of law. From 1644, under the heading ‘Van den Staet ende conditie van persoonen’ (on the status and condition of persons) the legal codes included the following stipulation: ‘Within the city of Amsterdam and its jurisdiction, all men are free, and none are slaves.’ This was a clear statement that the city did not condone slavery, and that every person was free. The second article determined how this freedom could be claimed: ‘The same [applies to] all slaves who come or are brought to this city and its jurisdiction; [they] are free and beyond the control and authority of their masters and [the latters’] wives; and in so far as their masters and mistresses wish to keep their slaves, and make them serve against their will, the persons concerned can arraign said masters and mistresses in the court of law of this city, where they then shall formally and legally declare them to be free.’This was literally adopted from an older Antwerp law.

Freedom from slavery thus applied to everyone in the city. If someone was held as a slave, that person could take the owner to municipal court and be declared free there. The initiative for this lay with the person who was enslaved. It is not known how often people took such steps. In 1656, 24-year-old Juliana, who had come to Amsterdam with Eliau de Burgos from Brazil, decided to run away instead of move to Barbados with the Burgos family. Occasionally, someone was declared free at a notary’s office, such as Zabelinha from Guinea and her children, who had come to Amsterdam with Simon Correa. They were granted their freedom on 30 October 1642. 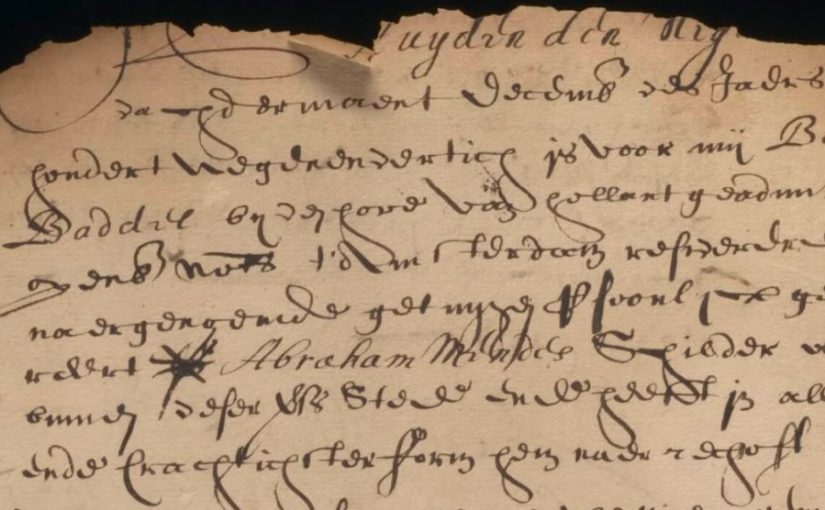 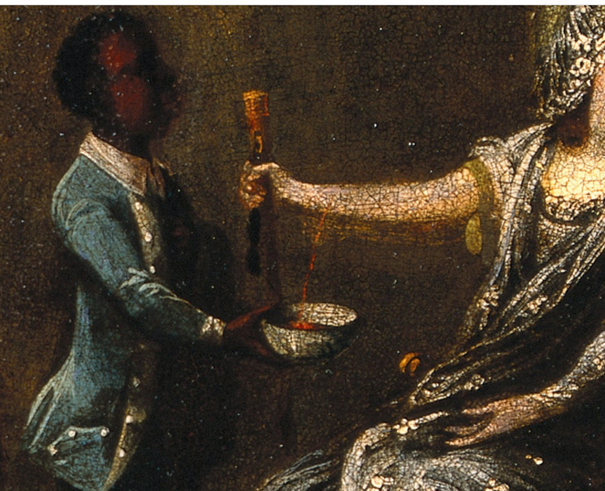